For any audition… any role…
what if you could master ANY accent or dialect authentically?

Get the Accents & Dialects MASTERCLASS

“As a dialect coach, Eliza has a wonderful capacity for combining character development with dialect proficiency that heightens the actors performance. As an actor herself, she has the ability to break through other actors’ resistance with a minimum of effort and a maximum of result.” 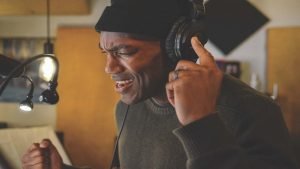 What Eliza's Students and Clients Say

“Eliza is a Vocal Coach Goddess! On my callback for Princess Leia in the Star Tours Ride, Disney hired Eliza to coach us on Leia’s emotional state, the pronunciation of certain Star Wars terms, the pitch, the rhythm, and of course the intermittent English accent. I ended up booking the job and many more with Disney/ Lucas Films!”

“Hands down the best of the best. I.studied with Robert Easton before he passed (widely considered the top of the top) and Eliza IS the Female Robert Easton. Her understanding and ability to convey information about dialects is beyond remarkable. I learned more from her in ONE lesson than in multiple sessions from even Robert!”

Eliza Jane Schneider is a noted voice.actor and dialect coach, whose.clients include celebrities and Oscar® winners. She has voiced eight regular series characters and hundreds of additional voices for the hit animated series South Park, and used the exclusive method she’s about to teach YOU for her roles in Finding Nemo, King of the Hill, Batman, The Cleveland Show, Assassin’s Creed, Lego Dimensions, Skylanders, and many more. Eliza has studied, recorded, and taught dialects at UCLA, AFTRA, and the SAG Conservatory at AFI Hollywood. She is also the creator of the Internet Dialect Database, for which she has traveled the globe to capture samples of authentic dialects.

I want to book more roles, act with more confidence, and never be intimidated by having to audition or perform with an authentic accent or dialect:

Get The Accents & Dialects Masterclass

I want to accelerate my progress with Performance Labs and get individualized feedback from Eliza:

Get the MASTERCLASS WITH FEEDBACK